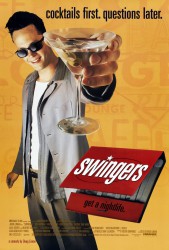 Storyline: This is a story about Mike, a guy who left his girl in New York when he came to LA to be a star. It's been six months since his girlfriend left him and he's not doing so good. So, his pal and some other friends try and get him back in the social scene and forget about his 6 year relationship.