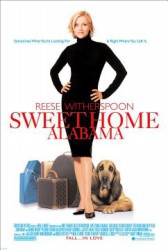 Storyline: Melanie Carmichael, an up and rising fashion designer in New York, has gotten almost everything she wished for since she was little. She has a great career and the JFK-like fiancée of New York City. But when he proposes to her, she doesn't forget about her family back down South. More importantly, her husband back there, who refuses to divorce her ever since she sent divorce papers seven years ago. To set matters straight, she decides to go to the south quick and make him sign the papers. When things don't turn out the way she planned them, she realizes that what she had before in the south was far more perfect than the life she had in New York City.