EMDB > D > Down with Love
Previous Next 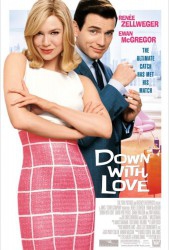 Storyline: An homage to the early 1960s sex comedies that starred Rock Hudson and Doris Day. The story follows a best-selling female advice author who has all the answers until a sly journalist playboy starts asking the questions.