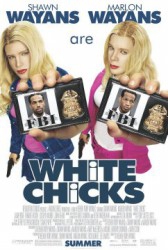 Storyline: After an unsuccessful mission, FBI agents Kevin Copeland and Marcus Copeland fall in disgrace in the agency. They decide to swap their bad position with his superior Section Chief Elliott Gordon working undercover in an abduction case, disguised in the two spoiled white daughters of a tycoon, Brittany and Tiffany Wilson, getting in hilarious situations.