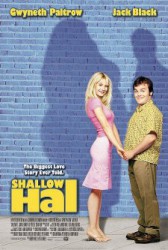 Storyline: Following the advice of his dying father, Hal dates only women who are physically beautiful. One day, however, he runs into self-help guru Tony Robbins, who hypnotizes him into recognizing only the inner beauty of women. Hal thereafter meets Rosemary, a grossly obese woman whom only he can see as a vision of loveliness. But will their relationship survive when Hal's equally shallow friend undoes the hypnosis?