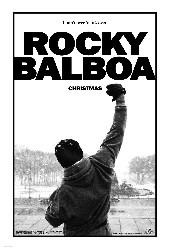 Storyline: When he loses a highly publicized virtual boxing match to ex-champ Rocky Balboa, reigning heavyweight titleholder Mason Dixon retaliates by challenging the Itallian Stallion to a nationally televised, 10-round exhibition bout. To the surprise of his son and friends, Rocky agrees to come out of retirement and face an opponent who's faster, stronger and thirty years his junior. With the odds stacked firmly against him, Rocky takes on Dixon in what will become the greatest fight in boxing history, a hard-hitting, action-packed battle of the ages.