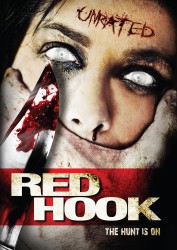 Storyline: Ten years after witnessing her older sister's brutal murder, Jenny Traylor leaves her hometown in North Carolina to start her freshman year at the University of New York City. Still traumatized by her sister's death and struggling with crippling agoraphobia, Jenny tries to cope with the overwhelming city and figure out her new life. When Jenny's over-enthusiastic Resident Advisor organizes a Welcome Week scavenger hunt, Jenny is reluctantly persuaded to join the game. But as she and her new friends decipher the cryptic clues texted to their cell phones - clues that lead them through darker and increasingly remote parts of the city - it becomes terrifyingly clear how high the stakes have become. Someone is hunting for real.