EMDB > P > The Passenger
Previous Next 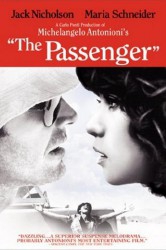 Storyline: A journalist researching a documentary in the Sahara Desert meets a gunrunner who dies suddenly. When the journalist notices that they have a similar appearance, he assumes the recently deceased's identity and accepts the consequences that it brings.