EMDB > C > Cast Away
Previous Next 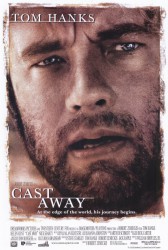 Storyline: A man is marooned on an island after his plane crashes into the ocean. Far away from home, his girlfriend, and any human contact, he engages in a battle of wits with himself as he is tested mentally, physically, and emotionally in order to survive.