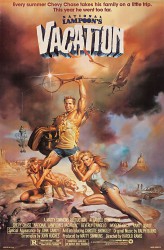 Storyline: The Griswold family are on a quest. A quest to a Walley World theme park for a family vacation, but things aren't going to go exactly as planned, especially when Clark Griswold is losing all thought towards a mysterious blonde in a red Ferrari.