EMDB > S > Sex and the City
Previous Next 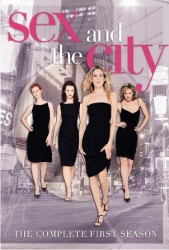 Storyline: A sexual and ironic sitcom about four young, virtually inseparable New York bachelorettes who lead and confide in each-other their ever changing and confusing sex lives, as different as their natures. Carrie Bradshaw (Sarah Jessica Parker) is a charming, petite columnist, and often the narrator of the story, either writing her copy or off screen, constantly tossing up and rejecting different views on just about anything that does or might impact modern women's sex lives; she tries almost everything, is constantly disappointed, but always seems to return to a certain Mr. Big. Miranda Hobbes (Cynthia Nixon) is a red-haired lawyer, determined to score professionally and to be tough in love, too, yet her only faithful lover is an insecure nerd. Charlotte York (Kristin Davis) is a gallery-managing WASP from a prestigious, super-rich family, with high, old-fashioned moral standards for her lovable but insecure self, but, unfortunately, almost impossible to live up to for any lover, when she...