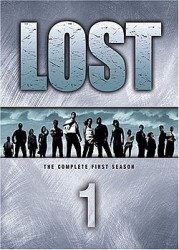 Storyline: Life is laid bare as a group of plane crash survivors find themselves stranded on a remote Pacific island. The trauma of the crash soon becomes overshadowed by the island itself, where unseen creatures stalk the jungle, paranormal happenings abound and astonishing coincidences reveal themselves. In this unique environment emotions swell as the survivors battle their inner and outer demons, and strive to live together - so that they won't die alone.