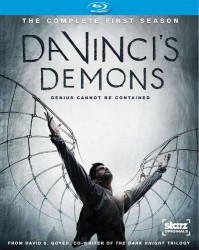 Storyline: The series follows the "untold" story of Leonardo Da Vinci: the genius during his early years in Renaissance Florence. As a 25-year old artist, inventor, swordsman, lover, dreamer and idealist, he struggles to live within the confines of his own reality and time as he begins to not only see the future, but invent it.