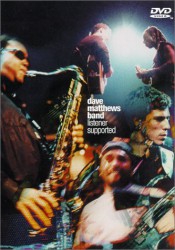 Storyline: "Listener Supported" documents the September 11, 1999, concert at the Continental Airlines Arena in East Rutherford, New Jersey, given by the Dave Matthews Band. The concert includes such DMB fan favorites as "Jimi Thing," "Crash Into Me," and "#41."