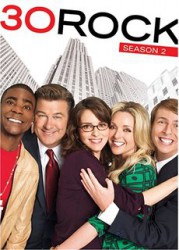 Storyline: Elizabeth "Liz" Lemon is the executive show runner for a late night sketch comedy show called "The Girlie Show", that stars her close friend and major drama queen Jenna Maroney. When GE hires a new executive vice president for NBC named Jack Donaghy, he decides to take Liz Lemon under his wing and turn around TGS, which for years has been unable to find the proper audience it deserves. So to do so, he brings on unhinged, wildly unpredictable star Tracy Jordan to turn the series into a ratings hit. But Liz soon finds out that controlling her odd ball writing staff, the NBC page program, keeping Tracy on a short leash, and getting him to get along with Jenna proves to be one disaster after another. Will TGS ever see true success? And will Liz find the right partner to get married and start a family?