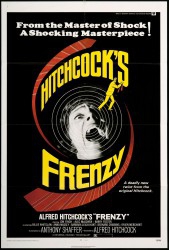 Storyline: London is terrorised by a vicious sex killer known as the neck tie murderer. Following the brutal slaying of his ex-wife, down-on-his-luck Richard Blaney is suspected by the police of being the killer. He goes on the run, determined to prove his innocence.