EMDB > T > Thomas and the Magic Railroad
Previous Next 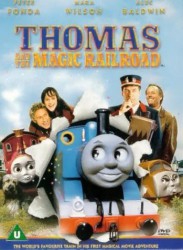 Storyline: Mr. Conductor's supply of magic gold dust, which allows him to travel between Shining Time and Thomas's island, is critically low. Unfortunately, he doesn't know how to get more. Meanwhile, Thomas is fending off attacks by the nasty diesel engines. Getting more gold dust will require help from Mr. C's slacker cousin, his new friend Lilly, and her morose grandfather, plus the secret engine he's hidden all these years and couldn't get running.