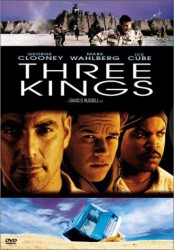 Storyline: A small group of adventurous American soldiers in Iraq at the end of the Gulf War are determined to steal a huge cache of gold reputed to be hidden somewhere near their desert base. Finding a map they believe will take them to the gold, they embark on a journey that leads to unexpected discoveries, enabling them to rise to a heroic challenge that drastically changes their lives.