EMDB > Q > The Queen
Previous Next 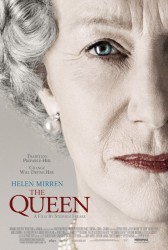 Storyline: Diana the 'People's Princess' has died in a car accident in Paris. The Queen and her family decide that for the best, they should remain hidden behind the closed doors of Balmoral Castle. The heartbroken public do not understand and request that the Queen comforts her people. This also puts pressure on newly elected Tony Blair, who constantly tries to convince the monarchy to address the public.