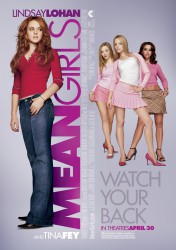 Storyline: Cady Heron, a homeschooled girl, lived in Africa for 15 years. Entering public school for the first time, she meets the "worst" of her classmates, the Plastics. She joins and eventually gets assimilated into the group of three unkind girls. But she later tries to bring them down.