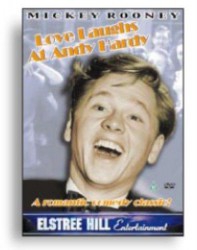 Storyline: Poor Andy, all he wants to do is get to town and continue to woo his girl and ask her hand in marriage. Andrew "Andy" Hardy met his sweetheart Kay Wilson in college, but has since served in the military and is now being discharged. Getting back to Kay may be the hardest thing of them all to accomplish. He arrives in town alright, but things start to go awry from there. Question is, will he succeed?