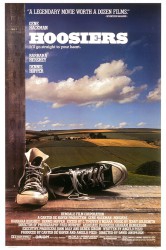 Storyline: Based on the true story of a small-town Indiana team that made the state finals in 1954, this movie chronicles the attempts of a coach with a spotty past, and the town's basketball-loving drunk to lead their high school team to victory.