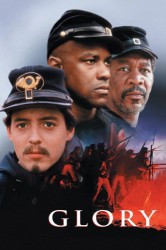 Storyline: Shaw was an officer in the Federal Army during the American Civil War who volunteered to lead the first company of black soldiers. Shaw was forced to deal with the prejudices of both the enemy (who had orders to kill commanding officers of blacks), and of his own fellow officers.