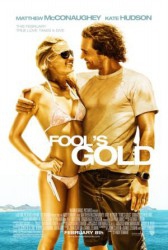 Storyline: Benjamin Finnegan is a deep-sea treasure hunter certain he's onto the find of the century in waters near an island close to Key West owned by a murderous rap star to whom Ben is in debt. Ben's flat broke and recently divorced from Tess, his long-time research and diving partner whom he still loves. She's nearby, working as a steward aboard the yacht of Nigel Honeycutt, a multimillionaire. The rapper has hired a rival treasurer hunter. Can Ben convince Nigel to bankroll his search, convince Tess to work with him, keep the rapper and his thugs at bay, and find a Spanish treasure hidden for centuries and rich beyond imagination?